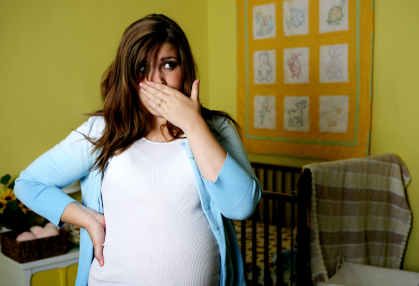 Morning sickness when will it end?

If you are expecting and one of the millions of pregnant women who have experienced morning sickness, then you know that you'd try just about anything that's safe and effective to get rid of the nausea that simply won't go away.

If you've found that many of the more conventional cures for morning sickness just aren't helping, then you might want to give one of these uncommon methods to combat morning sickness during pregnancy a try.

If you've tried the other morning sickness cures and have had lackluster results, or are tired of drinking ginger ale and carbonated water, then you might want to give one of these uncommon methods to combat morning sickness during pregnancy a shot.

Baby Riddle was founded by a Registered Nurse and an entrepreneur. The nationwide online company is based in the United States. The company carries extremely cute baby clothes and also has a great service for women who are keeping their baby's gender a surprise. Baby Riddle created a solution to keep the baby’s gender a surprise: Have an unbiased third party send the gender-specific clothes right at the baby's due date. Pregnant women can now say goodbye to neutral baby clothes.